The Rules of Engagement for Spiritual Warfare (Bible Study) (Part 2)

I strongly believe that the very day Christians become aware of their redemption rights is the day we will quit running helter-skelter the moment satan or his kingdom is mentioned.  Unfortunately, some ministers make the devil seem too powerful and undefeatable. That is why many Christians cannot spend one hour in the presence of God without diverting their attention to satan.

Satan is not equal to God. Satan’s kingdom is not equivalent to God’s Kingdom. Lucifer was created by God. Satan is not a creator; he is a creature. Jesus Christ gave satan eternal uppercut on the Cross. Satan does not operate at the same level with Christians. By virtue of redemption, the devil and his kingdom are inferior to the power that is at work in us. 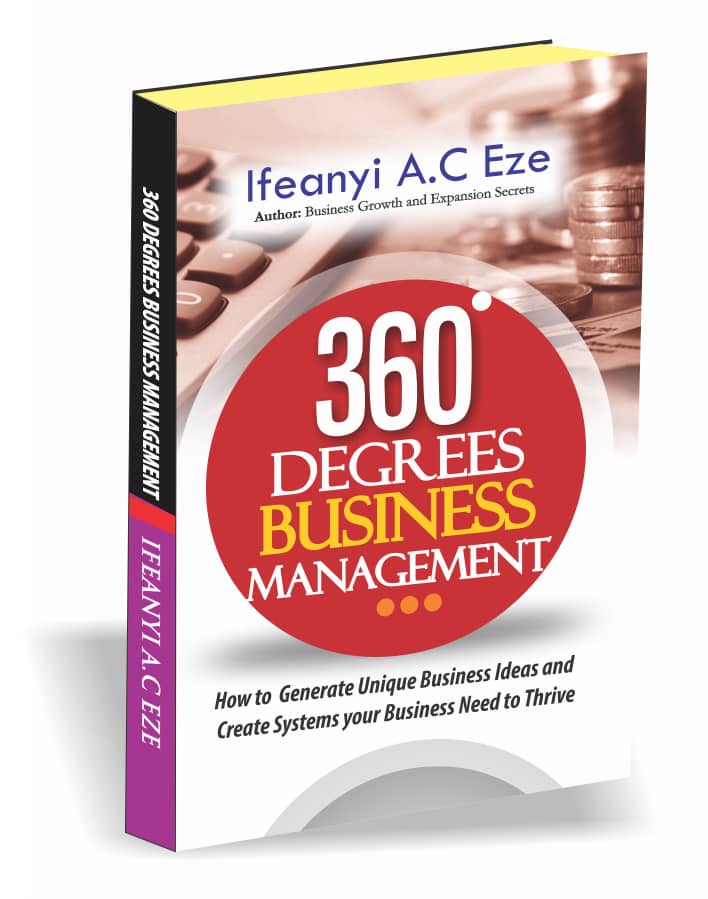 Salvation (from Latin: salvatio, from salva, ‘safe, saved’) is the state of being saved or protected from harm or a dire situation.

From the Greek noun soteria, and verb sozo, salvation means to save, to make whole, to deliver, to set free, to redeem, to restore, to make or keep safe and sound etc.

One of my favorite scriptures that unlocks the true meaning of salvation is Colossians 1:13.

“Who hath delivered us from the power of darkness, and hath translated us into the kingdom of his dear Son.” (KJV).

The word “delivered” in Greek is metestēsen; it means transpose or translate. It also means to transfer, carry away, remove, move out of place etc.

From the explanations so far, we can say that salvation is not just an event. It is bigger than that.

The very day you received Jesus Christ as your Lord and Savior, He moved you from the kingdom of satan and transferred you to the Kingdom of God. Right from that minute, satan lost his hold on you. His grip over you was broken by Jesus. You became a citizen of heaven that resides on the earth region!

My understanding of what you just read is what makes me angry anytime someone shares a testimony that glorifies the devil. It makes me angry whenever a minister of God stands on the altar to glorify the devil.

I am no longer in the kingdom of darkness. It is as if the American government moved me from China to the U. S., and gave me the right to become a citizen of the United States of America. Right from that moment, China police, army, and every other security operative cannot harm me.

In fact, if I am in China and I run into American embassy while been chased by Chinese police, by diplomatic agreement, the police will stop right at the entrance. Why? Because that embassy is considered as the United States of America even though it was built in China!

If you are truly saved, then you should not panic anytime someone mentions the devil. If you are truly saved you shouldn’t panic just because you ate in the dream or because masquerade chased you in the dream. You should not be agitated just because a native doctor threatened you or because your neighbor who worships the devil said you will die. His kingdom and the devil he is serving are inferior to your Kingdom.

Brother Paul said, “I have been crucified with Christ; it is no longer I who live, but Christ lives in me; and the life which I now live in the flesh I live by faith in the Son of God, who loved me and gave Himself for me.” Galatians 2:20.

Brother John said, “Whoever confesses that Jesus is the Son of God, God abides in him, and he in God.” 1 John 4:15.

If Jesus Christ lives in you, how can the devil live in you also? If Jesus saved you from the devil, how can the same devil take hold of you and make you one of his subjects? If the United States of America set me free from Mauritius and made me their citizen, why should I be afraid of Mauritian army or police?

Salvation is a complete package. You are saved from sin and from satanic domination. Jesus is not going to save you from satan, He has saved you. He gave you the right to use His name to put to flight every agent of darkness that dares to set foot into your territory. You are in charge; the devil is not!

Jesus and His disciples entered a town called Gadara and this happened:

“And when He had come out of the boat, immediately there met Him out of the tombs a man with an unclean spirit, who had his dwelling among the tombs; and no one could bind him, not even with chains, because he had often been bound with shackles and chains. And the chains had been pulled apart by him, and the shackles broken in pieces; neither could anyone tame him. And always, night and day, he was in the mountains and in the tombs, crying out and cutting himself with stones. When he saw Jesus from afar, he ran and worshiped Him.” Mark 5:2-6.

When Jesus asked the demon its name and how many they were, it said, “….My name is Legion; for we are many.” Mark 5:9.

So, 6,000 soldiers came to fight one Man—Jesus Christ. But when they saw Him, the whole 6,000 demons bowed to Him! One man defeated 6,000 demons because He is God. That same Jesus is living in you. Therefore, demons and devils should bow anytime you show up!

When your name is mentioned in a shrine, the shrine should become powerless and spiritually impotent on the spot. Whoever is in charge of the shrine should run to Christ immediately. Your name and your presence should put the kingdom of darkness to flight. But you need spiritual understanding to enforce your redemption right.

Let’s conclude our discussion on 2 Corinthians 10:3-5:

“For though we walk in the flesh, we do not war according to the flesh. For the weapons of our warfare are not carnal but mighty in God for pulling down strongholds, casting down arguments and every high thing that exalts itself against the knowledge of God, bringing every thought into captivity to the obedience of Christ…” (NKJV).

“…Mighty in God for pulling down strongholds…”

A stronghold is a defensive structure. For example, Psalms 9:9: “The LORD is a refuge for the oppressed, a stronghold in times of trouble.”

So, stronghold is a satanic refuge, fortress, tower, a cliff that is strong and inaccessible. It is where demonic activities are conjured and sent forth to truncate destinies. It is where demons and spirits are sent to harm and maim people.

You win the warfare easily when you know exactly what you are dealing with. Stop generic warfare. Go to God first to ascertain what is happening in your business, marriage, career, family etc. It is called inquiry prayer. From my experience, heaven will open your eyes to see what is going on.

The Name of Jesus

There is no magic about warfare. The name of Jesus is enough. Philippians 2:9-11:

“Therefore, God also has highly exalted Him and given Him the name which is above every name, that at the name of Jesus every knee should bow, of those in heaven, and of those on earth, and of those under the earth, and that every tongue should confess that Jesus Christ is Lord, to the glory of God the Father.” 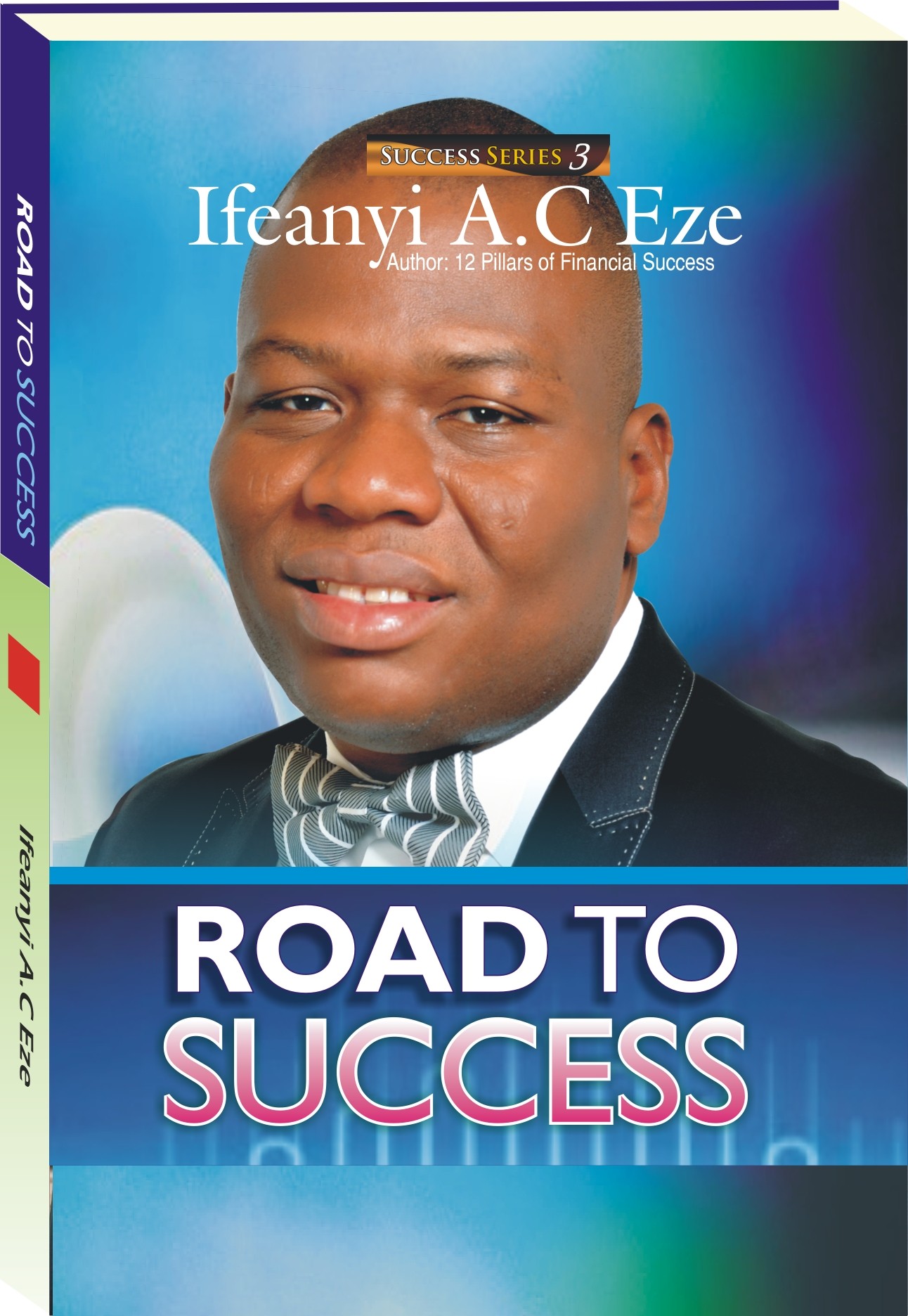 Don’t let anyone deceive you. All you need is His name and His Word not mustard seed, crude oil or alligator pepper. People are now mixing Christianity with African Traditional Religion—otherwise known as syncretism.

The Word of God

Before a policeman can arrest someone, he must show him the arrest warrant. When you want to pull down satanic strongholds, you need spiritual arrest warrant—the Word of God.

Satan, the Word of God said, “Every plant which My heavenly Father has not planted will be uprooted.” Matthew 15:13.

You are releasing the Word of God and sealing it with the Name that is above every other name—Jesus Christ! That is how to give the devil and his kingdom eternal uppercut.

“…Casting down imaginations, and every high thing that exalteth itself against the knowledge of God, bringing into captivity every thought to the obedience of Christ…”

While you are sleeping in the night, the devil will paint a picture of accident. The moment you wake up and become afraid, he has succeeded. Why? Because he planted pictures and thoughts into your mind. That was why Paul said, “Casting down imaginations.” Casting down pictures that challenges your authority in Christ.

The reason I don’t read dream books is because they are not scriptural. Where did Christ or the apostles say if you are flying in the dream, it means you are a witch? Or if you eat in the dream it is spiritual poison?

Christianity is not based on people’s opinion or experience. It is based on the Word of God. If it is not in agreement with the Bible, I will never believe it no matter who said it. Stop paying too much attention to dream. It is satan’s strategy to weaken and distract you. Just cast it down.

Fear, negative dream, and negative prophecies are meant to pollute your mind and weaken your spiritual drive.

Someone might ask, after casting down the dream but the picture remains afresh in my mind, what should I do?

What you should do at that moment is to counter the picture with scriptures. Once the picture or words spring up in your mind, release scriptural bullets to kill it. If you do it consistently, you won’t remember it again. Even if you remember it, you will not be afraid like before. That is the sign of victory.

Maybe you saw yourself in a casket in the dream. Your job from that moment is to gather scriptural grenades.

“And whoever falls on this stone will be broken; but on whomever it falls, it will grind him to powder.” Matthew 21:44.

Since Jesus Christ is my Rock, in His name I crush this satanic casket. I crush the demon that brought it. I declare my victory in Christ. You release other scriptures like John 16:33, Ephesians 6:10, 1 John 5:4, 1 Corinthians 15:57 etc. But most importantly, believe that you are victorious in Christ after the prayer.

I declare that anyone who is reading this article right now is an overcomer in Christ. Therefore, any satanic manipulation around you is crushed in Jesus name. Every satanic stronghold set up to hinder and frustrate your enviable destiny is destroyed in Jesus name. Go and do exploits in Jesus Matchless Name! See you at the top!