You Are Saved to Reign

Home » You Are Saved to Reign

A young man said to me; “Good day Mr. Ifeanyi A. C. Eze. “Is it a sin for believers to become very wealthy?” So, I decided to answer him with this article.

I think one of the mistakes the early believers across Africa made was preaching the gospel that encouraged people to become lazy. While growing up as a young Christian, almost every message we heard was how to get saved and wait for rapture.

Nobody told us that salvation is not just a ticket to heaven, but also the supernatural engracement that empowers us to become worthy Ambassadors of the Kingdom on earth.

It made some Christians to believe that the only way to show you are now born again is to dress shabiliy, wear over sized clothes, and generally look unkempt.

Order for this book here

In fact, I know some people who fought against perfume. They said that there was a spirit controlling every perfume in the market. That’s why it’s difficult to sit close to some people.

So, our gathering becomes the gathering of highly spiritual people who literally beg to survive. When an average believer goes to a secular meeting, he will be called up to do just one thing; opening and closing prayer. Guess what? We liked it that way.

In fact, whenever a wealthy young man got saved and come to fellowship with his car, some believers will suspect him. That’s why till today, we are still suspecting every wealthy person. We don’t believe that a rugged Christian can own a company that can employ 50,000 other believers.

Till today, some christians are still fighting success. They call those who dare to talk about it, prosperity preachers. We believe every other thing in the Bible, but we don’t believe that a Christian can be successful.

If you study the word Salvation from the original Greek translation, you will get different meanings. From the Greek verb Sozo to noun Soteria, salvation means: restoration to a state of safety, soundness, health and well being as well as preservation from danger of destruction. 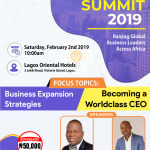 You were not saved by Jesus to become a nonentity or a piece of statistical material that is only meant to make up the number of those who are alive. Salvation injected into you the winners virus.

Jesus picked you up from the valley of failure, pain, agony, disaster, demotion, weakness, sickness, lack, beggarly living and disgrace and positioned you on the platform of dominion! You are no longer whom you used to be, you are now a generational transformer!

The Greek rendering of Matthew 5:14 (“You are the light of the world. A city that is set on a hill cannot be hidden) is “You all yourselves are the brightness of society. The citadel has no power to be concealed on the top of a mountain situating itself.”

How can I be the brightness of my generation? By standing out in every area of human endeavor. If I am bright in holiness I should be bright in wealth too.

Don’t be covetous. Don’t steal. Don’t join an armed robbery gang. Don’t lie to make money. Don’t swindle people. Don’t make money your god. Make sure that every dime in your bank account right now is genuine. You can be rich and righteous. 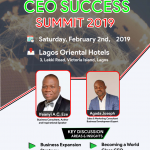 Anytime I read about Joseph Arimathea I see why we should be influential and shine brighter in our generation. After Jesus died almost all His disciples ran away. Then this happened;

“Now when evening had come, there came a rich man from Arimathea, named Joseph, who himself had also become a disciple of Jesus. This man went to Pilate and asked for the body of Jesus. Then Pilate commanded the body to be given to him. When Joseph had taken the body, he wrapped it in a clean linen cloth, and laid it in his new tomb which he had hewn out of the rock; and he rolled a large stone against the door of the tomb, and departed.” Matthew 27:57-60.

Joseph was rich, righteous and influential, and he was also one of the followers of Jesus. He used his clout for the good of the Kingdom. Joseph Arimathea was like Mike Adenuga of today. People whom government cannot joke with. We need people like that in the Body of Christ in Africa. We must stop celebrating poverty from today.

The Psalmist said; “Let them shout for joy and be glad, Who favor my righteous cause; And let them say continually, “Let the Lord be magnified, Who has pleasure in the prosperity of His servant.” Psalms 35:27.